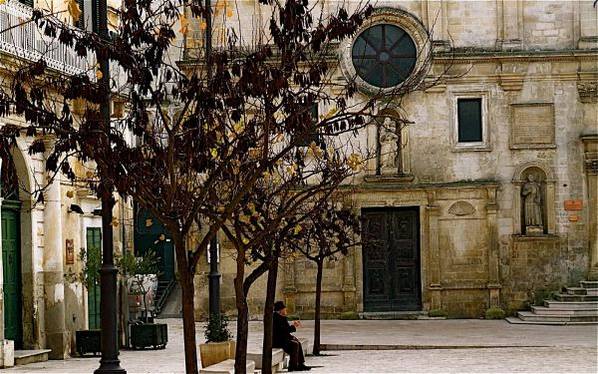 The Church of Madonna del Carmine 1608-1610 originally belonged to the pre-existing convent of the Carmelite Order: an order born in the mid-twelfth century thanks to a crusader of Calabrian origin who retired as a hermitage on Mount Carmel. In 1224, it was approved by Pope Onofrio III as a mendicant order, with the name of Our Lady of Carmel or Carmine.

The construction was subsequently abandoned by the conventual community and incorporated into the building of the seminary. On the front three symmetrical niches: in the center the Madonna del Carmine, on the left San Nicola, on the right San Filippo Neri disciple of Savonarola, founder of the Congregation of the Oratory, whose educational method was full of pedagogical and psychological intuitions. For his charity and zeal he was called “the apostle of Rome”. On the wooden door, the allegories of “Justice”, “Fortress”, “Temperance” and “Prudence” are carved.