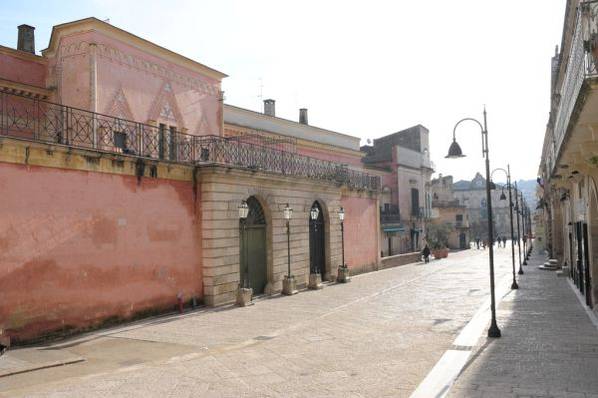 Via Ridola forms part of the “eighteenth-century backbone” of the city of Matera, since during the 1700s it was the first district to be built on the city plan, outside the Sassi and the Civita, and therefore it was called “new houses” ( starts on the right, going towards Palazzo Lanfranchi) by the archbishop Antonio Del Ryos who wanted the construction for the employees of the seminary, which according to the dictates of the Council of Trent had to be present in every diocese (current Palazzo Lanfranchi completed in 1672), together to a church and hospital. The road is delimited by valuable buildings dated between the eighteenth and nineteenth centuries, and is almost intact in its urban design.