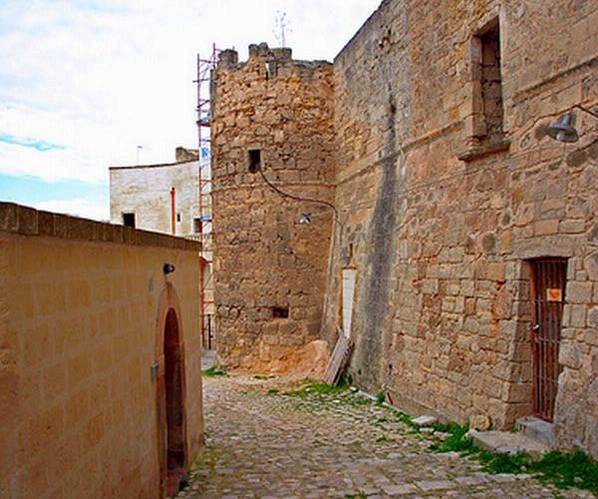 Going along via Fiorentini, at the top right, the Torre Metellana is visible: it was part of the defensive wall that protected the Civita, the part of the city that is located on the plateau and, given its position and its characteristics, always the bastion defensive and the political and religious heart of the city. It is in fact a sort of fortress and acropolis, overlooking the ravine of the Gravina and in this position a wall was enough to make it practically impregnable. An ancient chronicle of Eustachio Verricelli informs us that the towers along the walls must have been six, and built in the 11th century, at his own expense, by a certain Metello, a valiant captain, who reported victories over the Saracens and took up permanent residence in the city.

Hence the name Torre Metellana. The other surviving tower of this ancient fortification is the Capone tower, visible however from the Sasso Caveoso, while the “Porta di Suso”, the arch which leads to the Cathedral, is the only other visible element of this ancient defensive system. . The legend instead, attributes the construction of the tower even to the Roman Consul Quinto Cecilio Metello Numicidio, who would have died in Matera leaving his name to the city: Methola.