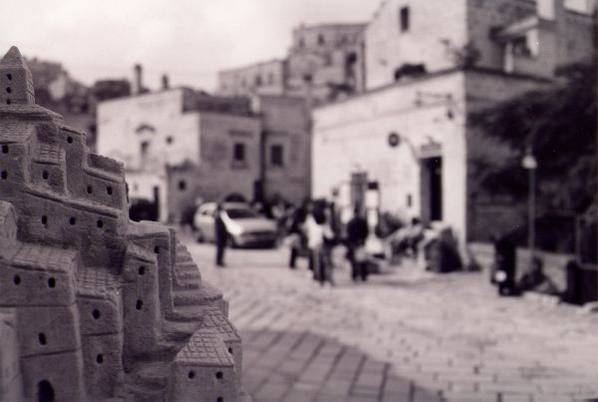 Named after the presence of Florentine fabric merchants who had their shops in that street, Via Fiorentini extends into the Sasso Barisano along the path of an ancient “Grabiglione”, a valley in which rainwater and wastewater from the district, whose name evokes the tumultuous flow of water and covered in 1934 to build the only driveway that connects the two Sassi.

The road is surrounded by seventeenth-eighteenth-century buildings with the particular courtyard structure, that is, buildings on two levels and with an open courtyard on the front, according to the Spanish architectural scheme in vogue at the time.

Note on the left side (along the road towards piazza v. Veneto) two particular accommodation structures: the Sassi Hotel and La Locanda di San Martino, articulated on many levels, formed by a main body located in one of these buildings that houses the reception and the hall, and many surrounding detached rooms obtained from ancient craftsmen’s houses that mainly lived in this area, in excavated hypogean houses.