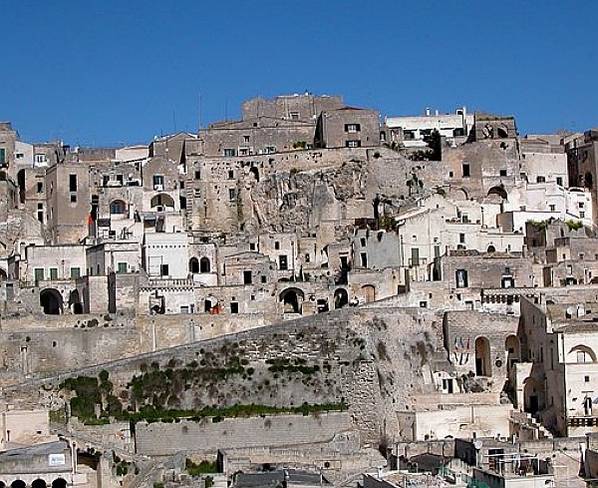 This panoramic balcony of the Idris overlooks the Sasso Caveoso. A vision that confirms the uniqueness and urban peculiarity of this historic center capable of expressing different sensations according to the visual angle from which it is observed. From here with a glance we can see all the buildings that are landmarks of the different historical phases of the city, from the noble palaces that from the 16th century on were erected on the circuit of defensive walls that are no longer valid after the discovery of firearms, to the palaces of the agrarian and mercantile bourgeoisie that characterized the many ‘neighborhoods’ with their architecture, to the poor buildings of the subordinate social classes such as the laborers.

The emerging parts of some eighteenth-century churches are also visible, following the line from San Francesco d’Assisi to Purgatory. A privileged visual point where it is possible to observe the passage of all eras following construction and architectural styles and, in the urban tangle that at first sight slowly affects everything, is explained in a surprising harmony.