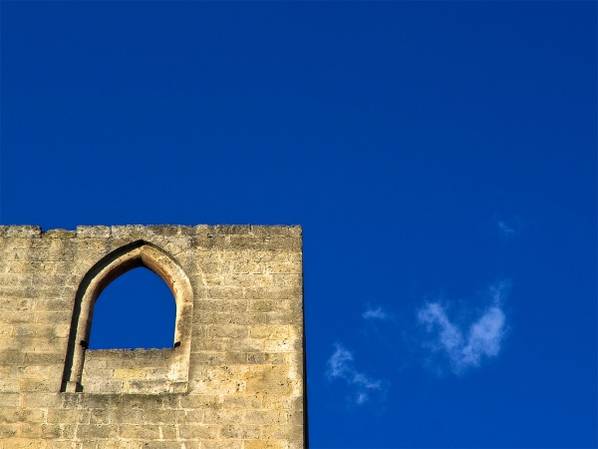 At the end of the road, a portal surmounted by a round arch engraved with the epigraph Santa Maria de Armenis: Madonna of the Armenians, whose devotion was brought to Matera probably by the Armenians, an ethnic component of the Byzantine armies. Carved with decorative architectural elements forming a series of half lunettes and small arches, it gives access to the church of Santa Maria de Armenis, of which we have a documentary notion as early as 1094 which is composed of three apsed naves with arches that retain traces of ancient paintings and a large courtyard which can be accessed through a beautiful decorated portal overlooked by the rooms of the old monastery.

A cliff church which, together with the church of Santa Lucia and Agata in the Malve district and the underground church of Santa Maria della Valle, in the La Vaglia district, documents a Benedictine presence that did not enter the city, but occupied rooms and places in it neighbors and which, although present on the Matera territory before the year 1000, was more prevalent with the arrival of the Normans in the XII century. The church housed the brotherhood of San Francesco da Paola from 1640 to 1774, the year in which the new cult building was built, when the church was merged into the seminary. It was used as a quarry until 1958 when it was definitively abandoned for the depopulation of the Sassi. The complex is currently used for multiple cultural functions such as exhibitions, concerts and gastronomic meetings.