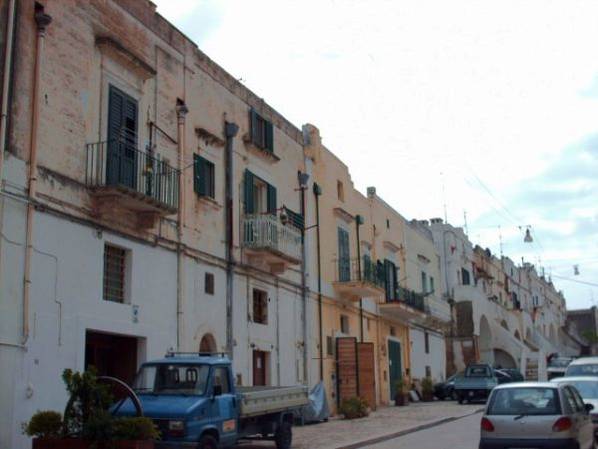 Via Casalnuovo is an old road route that connected the last farmhouse, developed in the peripheral air of Matera, with the historic center of the city. The road starts skirting the right side of the imposing building of the ex Lanfranchi seminary and continues delimiting the ancient “Casalnuovo” district dating back to 1550, which was inhabited by large landowners, by small peasants masters of their land and finally by the laborers who they cultivated the land of others by the day.

In the 16th century the so-called “Schiavoni” resided in this neighborhood, Albanian and Serbo-Croatian immigrant populations dedicated to agriculture, wax production and dyeing and tanning of hides, which placed in this neighborhood were kept partially separated from the rest of the city from the “grabiglione” unloading valley that ran until the 1930s where the only driveway connecting the rioni sassi currently passes.