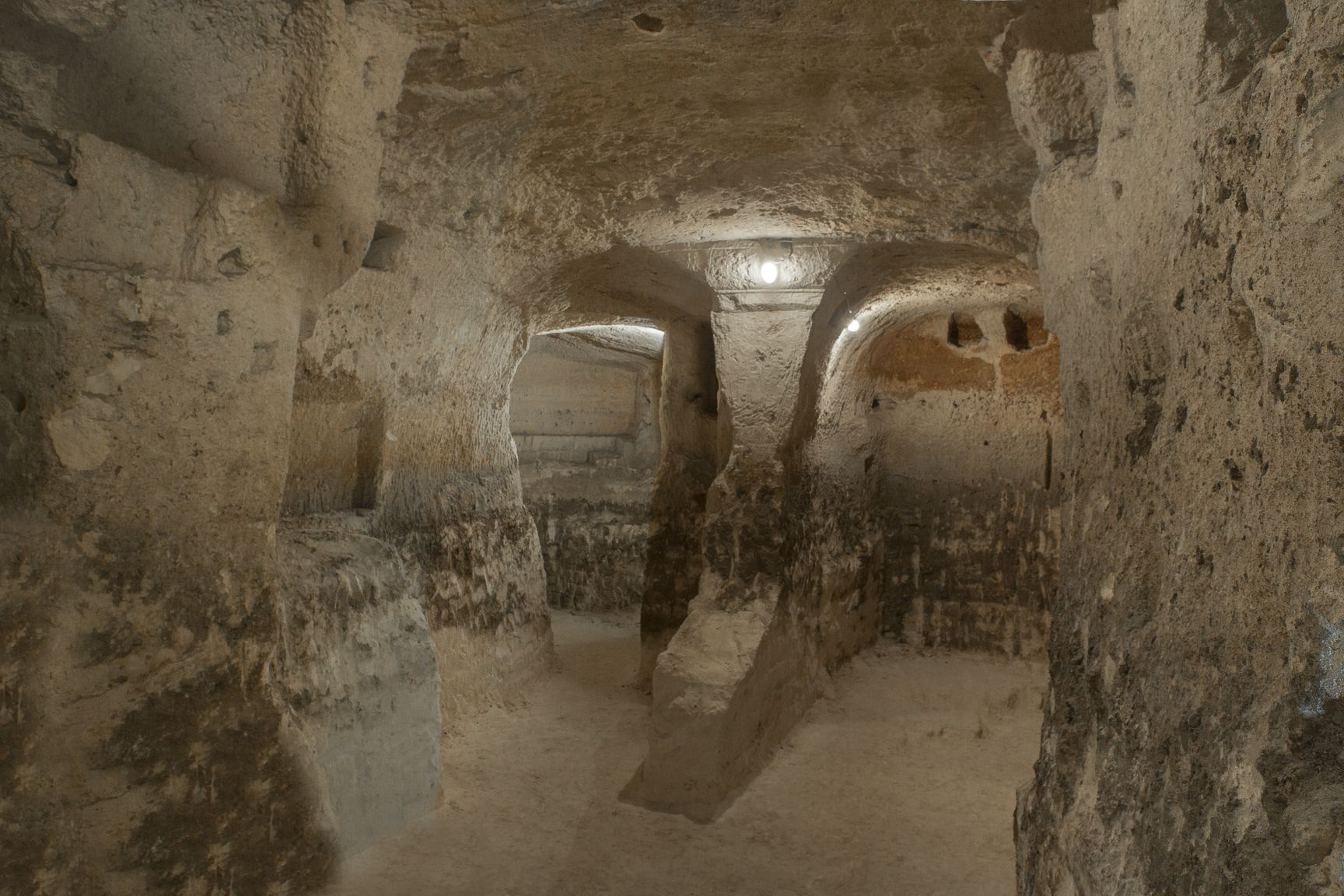 Matera, European Capital of Culture 2019, projected towards the future, is a treasure chest that holds many treasures of the past. The charm of the city of the Sassi is represented by its millenary history and by the very peculiar characteristics of the city “carved out of the rock”. This is the particular karst environment that led to the natural formation of valleys and ravines, from which the well-known rock settlement developed over the course of history. The Hypogeum Materasum is an admirable example of an underground environment dug into the tuff rock brought to light thanks to a careful conservative restoration.

Alongside the many well-known wonders of the city (the rock churches, the settlement in the Sassi, the cisterns), the hypogean city takes on a particular and different charm, a unique representation represented by the Ipogeo Materasum, which allows you to visit a part of what is It has been admirably defined as “an extraordinary schedule of settlement stratifications, which began in a very remote age”. Environments dug into the rock, ancient houses with openings to allow light and air to penetrate, within which we can imagine the development of the daily life of the “hypogean civilization”. A fascinating journey through space and time that will take you to the belly of Matera one of the oldest cities in the world.